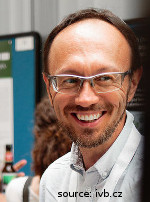 After Ph.D. in zoology, Martin took a series of postdoctoral positions and fellowships in the UK (Queen Mary London, Leicester, St Andrews) before establishing a lab in Brno.

His recent research is primarily focused on
1. understanding the evolution of lifespan, ageing and its life history consequences (this includes broader studies on the ecology and evolution of annual fishes in Africa and the Neotropics.)
2. impact of invasions on coevolutionary dynamics (largely based on the association between parasitic bitterling fishes and their host mussels)
3. mate choice, sexual selection, and reproductive tactics in fishes (using killifish, bitterling and other fish taxa)

Matej’s PhD project was on comparative biology of native and invasive populations of gobies. He joined the lab as a postdoc to study bitterling-mussel coevolution and continued with investigations on alternative life strategies in African annual fishes. After a stay at Jason Podrabsky’s lab in Portland State University, OR, USA, Matej took permanent position at the institute.

Radim is devoted field and experimental biologist. His current research is split between the cuckoo catfish brood parasitism and the applied side of our killifish research (defining driver mutations in killifish neoplasia). 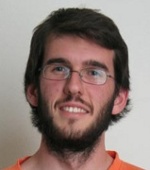 Milan succeeded in our ambitious plan to follow replicated wild killifish populations over their lifetime. Over 30,000 km of car travel and 5 months camping in the Mozambican bush, a unique set of data and samples was secured!

Milan studied the effect of invasive species on the bitterling-mussel relationship for his MSc., followed by a PhD. (2014) on experimental and field-based investigations into variability and reaction norms in the reproductive allocation of female killifish. He then completed a two-year internal postdoctoral fellowship, a short-term stay at CEREEP (with Tom Van Dooren, CNRS France; 2017) and six months postdoctoral fellowship in ANU, Canberra, Australia (with Mike Jennions). 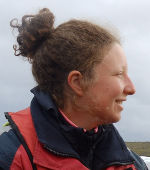 Lisandrina works on the interface between behavioural, immunological and genetic traits that shape host-parasite relationships. Her primary study system is the bitterling-mussel relationship, linking resistance and susceptibility to parasitic stages (mussel glochidia and bitterling embryos) in this reciprocal association. She combines field studies with controlled laboratory experiments and with analysis of MHC variability. 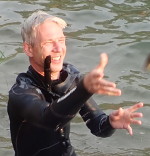 Holger joined us to work on cuckoo catfish trickery to exploit its host cichlids as well as on cichlid defence mechanisms to avoid this parasitism. Holger has long-term interest (and experience) working with Lake Tanganyika cichlids, with a focus on their diverse reproductive biology. He will combine field, experimental and genetic approaches to understand the evolution and maintenance of cuckoo catfish brood parasitism. Jakub volunteered during the extensive 2016 fieldwork in Mozambique and now joined the lab as PhD. student enrolled at Charles University in Prague. Klára Siudová (since 2018)
ecology and evolution of African annual fishes 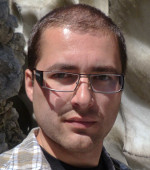 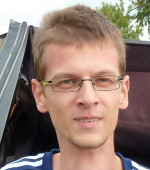 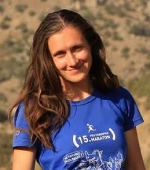 Pierick has joined our lab to combine theoretical work with empirical tests of predictions from his models. He worked on cuckoo catfish brood parasitism and bitterling-mussel reciprocal parasitic relationship. Caroline worked with us twice, separated by her position at National Institute of Aquatic Resources at Technical University of Copenhagen.

She quantified the energetic costs in bitterling-mussel relationship and studied physiological parameters associated with extraordinary life history of annual killifishes. 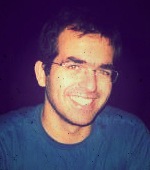 Pedro’s work aimed to understand competitive interactions between native and invasive freshwater mussel species, with a focus on population-specific details. He is now postdoc at UC Berkeley.

Romain used experimental approach to look at the effects of non-native populations being transferred within species range, especially their impact on coevolutionarily-driven interactions.

– cognition and behaviour in African killifish

– linking personality and reproductive tactics in the bitterling

– diversity and ecology of fish communities in the Gambia River, Senegal